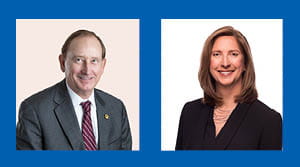 The Banner Bank executive leadership team is pleased to announce Janet Brown has joined the bank as Executive Vice President and Chief Information Officer. Brown is replacing Steve Rust who announced his retirement after more than 40 years in information technology, the last 15 years as CIO at Banner Bank.

In her role as CIO, Brown will provide direction and oversight for information technology and security across the Bank, including existing and emerging initiatives as well as lead a team of more than 85 employees. Brown has more than 25 years of information technology experience in the insurance, healthcare and legal claims administration industries. Previously, she was the CIO for Garden City Group.

“Janet is an excellent fit for Banner,” said Mark J. Grescovich, President and Chief Executive Officer. “Her experience leading large, complex projects and technology environments will be instrumental in guiding our IT organization to the next level of transformation.”

Brown attended Washington State University and also served eight years in the U.S. Marine Corps. She is a Desert Storm Veteran. Brown is an active volunteer in several children’s welfare and development causes in the Puget Sound area and abroad.

“On behalf of our entire leadership team and the Board of Directors, I extend our deep appreciation to Steve for his many years of dedicated service and we wish him well in retirement,” Grescovich said.

Rust will work alongside Brown through the first quarter of 2021 to ensure a smooth transition.