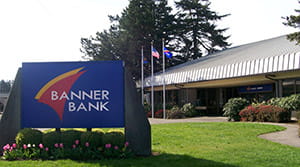 Thanks, Forbes! We’re honored to make Forbes’ list of the top 100 Banks in America for the fifth year in a row. This year, Forbes ranked us at 24th, up from 29th last year.

The 2021 list is the 12th year Forbes has measured the financial condition of the nation's largest banks ranking them using data provided by S&P Global Market Intelligence. Using regulatory filings through September 30, 2020, Forbes used metrics based on growth, credit quality and profitability. Metrics include return on average tangible equity, return on average assets, net interest margin, efficiency ratio and net charge-offs as a percent of total loans. Nonperforming assets as a percent of assets, risk-based capital ratio and reserves as a percent of nonperforming assets were also factors.

Published January 28, 2021, the current list ranks the 100 largest banks and thrifts in the U.S, which represents 80% of total U.S. bank assets. View the complete list of America's Best Banks.